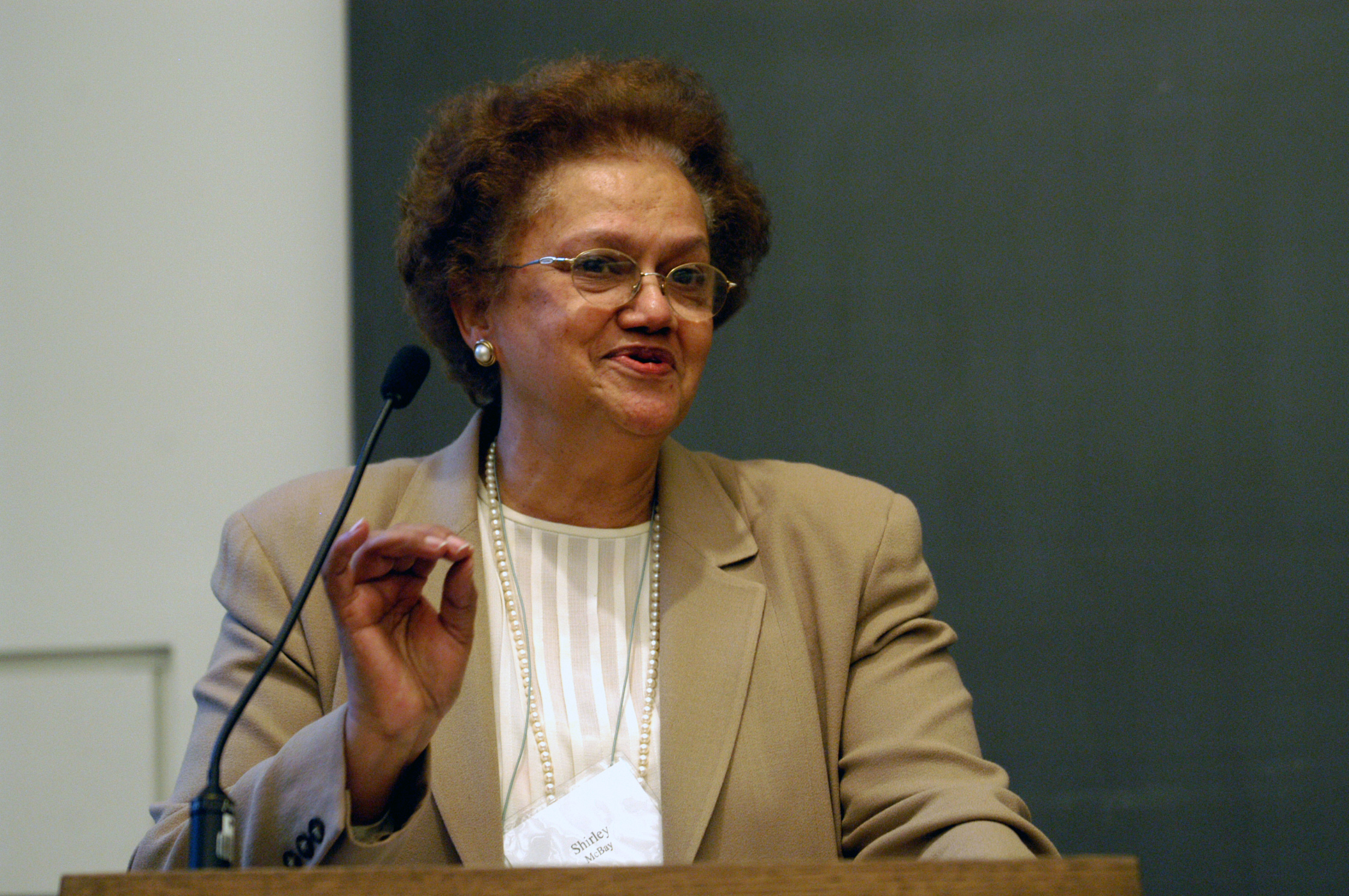 Shirley McBay, the first black dean of student affairs at MIT, died at her home in Los Angeles on November 27. She was 86 years old.

As the Institute’s dean of student affairs from 1980 to 1990, McBay led efforts to identify and overcome barriers in the Institute’s racial environment that hindered the success of students from under-represented communities. or underserved. A 1986 report titled “The Racial Climate on the MIT Campus” was produced under her leadership, and the recommendations in that report led to another important initiative she led, the Quality Education for Minorities (QEM) project. .

“Dr. McBay’s commitment to removing barriers to success, providing an excellent education for all students, and encouraging students to realize and pay for their interest in the world are hallmarks of his contribution to the world. the MIT community, “said Chancellor Melissa Nobles.” We are indebted to and inspired by her. “

“The widely forgotten racial climate report she produced in the mid-1980s should be required reading today at MIT and elsewhere for anyone serious about trying to achieve diversity, equity and inclusion in their community. establishment, ”says Manning. “The work was a pioneer nationally and in many ways ahead of its time. “

While at MIT, McBay told a Congressional panel that in science and engineering, “the worst intellectual crime one can commit is to undermine one’s results, to prejudge the outcome of ‘an event. However, this is precisely what we do when we fail – from elementary school to graduate school – to encourage women and minorities to enter the fields of science and engineering. “

“She really created the MIT Public Service Center,” says Gray. “She started it up and when she left MIT she asked me if I could help, if I could take care of it when she left. It was a good partnership.

Gray says what impressed her most about McBay was “her concern for students and getting things done that would benefit them.” She really was a person with big ideas, and she brought them to fruition. “

Born in Bainbridge, Georgia, McBay attended separate schools, where she showed great promise, especially in math. In the book “Technology and the Dream,” a series of oral histories of black students, professors, and staff at MIT, McBay explained to author Clarence Williams how she competed in fourth-grade math against high school students standing on a chair so that she can write her problems on the board.

“I enjoyed it immensely,” she told Williams, professor emeritus in the Department of Urban Studies and Planning at MIT and founder of the MIT Black History Project. “I have never lacked confidence in myself.”

This early confidence stuck with her – and helped her fight hard for racial justice.

Williams, who worked closely with McBay in the 1980s, says she “often forced individuals and groups to confront their own attitudes, behaviors, and personal history” on race issues in higher education.

“She was relentless when it came to discussing and examining these issues,” he says.

At age 15, McBay enrolled at Paine College in Augusta, Georgia, and at age 19 graduated with a chemistry degree.

She then taught at Spelman College, a historically black college in Atlanta, and earned a master’s degree from the University of Atlanta in chemistry and mathematics. She began doctoral studies at the University of Chicago after marrying chemist and educator Henry McBay, but transferred to the University of Georgia to be closer to her family.

After obtaining her doctorate, she returned to Spelman, as a professor and administrator. She created the college’s mathematics department, which she chaired, and created the college’s natural sciences division. According to the New York Times, more black women with doctorates in science have undergraduate degrees from Spelman than from any other college.

In 1975, she went to work for the National Science Foundation, where she started a program to help improve the coursework and research capacities of institutions focused on students from under-represented or underserved groups.

After arriving at MIT in 1980 and serving as Dean of Student Affairs for 10 years, McBay founded the QEM Network in Washington, where he served as President for two decades. The organization advocates for students of color by hosting conferences, providing advice on how to apply for grants, locating internship opportunities at science organizations, and helping colleges and universities across the country better support their students from under-represented groups in STEM fields.

McBay is survived by two sons, Michael and Ron, and Laura-Lee Davidson ’81, MBA ’87, whom McBay considered to be a daughter. Henry McBay died in 1995.

Dan Hastings, Associate Dean of Engineering for Diversity, Equity and Inclusion and Head of the Department of Aeronautics and Astronautics, said McBay’s most valuable contribution to the Institute was “his passion. and his commitment to the cause of excellent education for all ”.

Donations can be made to the Shirley McBay Fund of the QEM network.