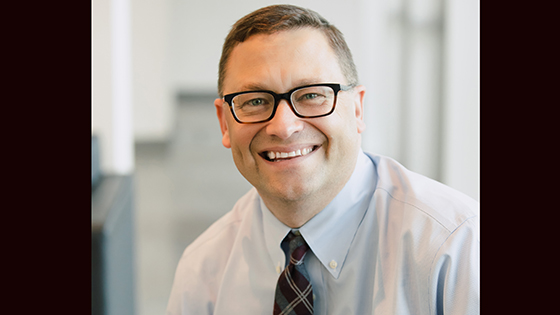 SALEM, Va. (WFXR) — On Tuesday morning, Roanoke College announced that the board of trustees had named Frank Shushok Jr., Ph.D. — the current vice president of student affairs at Virginia Tech — as the 12th president of Salem College.

Shushok is expected to replace Michael C. Maxey, who is retiring in July after serving as president of Roanoke College since 2007 and in various other roles since 1985.

“I am delighted to welcome President-elect Frank Shushok to the Maroon family,” Maxey said. “Terri and I found Frank and his wife, Kelly, to be a dedicated couple and enthusiastic about the Roanoke College community. What struck me about Frank is how engaging he is and how is interested in getting to know others He and Kelly will fit right in at Roanoke College His commitment to enriching the Roanoke community is clear The College is in good hands with Dr Shushok.

“Throughout the presidential search, Dr. Shushok has inspired us with his spirit, energy, and centered dedication to student learning,” said Malon Courts, chairman of the board of trustees at Roanoke College and alumnus of the Roanoke College in 1992. “Dr. Shushok’s background aligns with the most important needs of the College, and he understands the value of who we are, our culture, our people and our traditions, including the importance of our rich Lutheran heritage. He will propel us forward, embracing innovation while respecting history and tradition to make Roanoke College an even greater institution.

According to Shushok, he was drawn to Roanoke College for the beliefs the institution holds dear, stating, “Roanoke College is a beautiful community deeply committed to students and their holistic learning. Throughout Roanoke College, there are structures and individuals engaged in a kind of deep learning that emboldens the human spirit, strengthens public discourse, and becomes true north to what matters most. I admired this community as soon as I discovered it, and I am honored to join the faculty and staff in the pursuit of such a worthy vocation. I am honored by the Board’s confidence in me to contribute to this legacy that has been in motion since 1842.”

As Virginia Tech’s vice president for student affairs, Shushok provides general leadership for one of the largest student affairs divisions in the nation. He directs 25 departments and units, directs the maintenance and renovation of more than 30% of Virginia Tech’s physical campus, is a member of the President’s Cabinet, and serves on many other Blacksburg University boards and organizations.

“As a national thought leader in residential education and student welfare, Virginia Tech was fortunate to have Frank Shushok as vice president of student affairs,” said the president of Virginia Tech, Tim Sands. “He exemplifies the spirit of Ut Prosim (May I May Serve), and it will be a great benefit to the faculty, staff, and students of Roanoke College. We appreciate his dedicated service, and although he will be missed Many at Virginia Tech, higher education in the Commonwealth has gained a talented new leader and we wish him all the best.

“There are simply no words to capture the impact the Virginia Tech community has had on my life and on my family,” Shushok said. “The sense of purpose, concern for humanity, and pursuit of good that I found at Virginia Tech are etched in my heart and will travel with me to Roanoke College.”

Prior to working at Virginia Tech, Shushok held several positions at his alma mater, Baylor University, including Dean for Student Learning and Engagement, as well as Associate Dean for Campus Living and Learning. While at Baylor and Virginia Tech, Shushok also authored and co-authored several in-depth studies, helped raise millions of dollars in giveaways, and led a reorganization that tackled the systemic pattern of racial segregation in residential homes.

Additionally, Shushok was named a Fellow of the American Council on Education and was a resident at Wake Forest University in 2017, where he focused on fundraising, alumni engagement, and education strategy. registration.

“Frank Shushok is curious, a great listener, and thinks creatively about educating the whole person, connecting students’ academic life with their entire college experience,” said Nathan O. Hatch , president emeritus of Wake Forest University. “I can think of no one better to lead Roanoke College in its goal of helping students build lives of meaning and purpose.”

Shushok has a BS in history from Baylor University; a master’s degree in higher education administration and student affairs from The Ohio State University; and a doctorate. in Higher Education Policy, Planning, and Analysis from the University of Maryland at College Park.

The Roanoke College Board of Trustees’ unanimous vote to confirm Shushok on Monday, March 21 follows a five-month nationwide search by a search committee made up of trustees, faculty, staff and students, which has produced a pool of over 100 candidates.

“When I learned of Dr. Shushok’s commitment to an excellent education for students from diverse educational and socio-economic backgrounds, and his approach to student learning and campus experiences, it became clear to me that he would be an inspirational leader for Roanoke College,” said Dr. Shannon Anderson, associate professor of sociology, faculty moderator and member of the Presidential Research Committee. “I believe his engaging and collaborative leadership style will amplify what we do best as a liberal arts university: we help students discover their academic interests and gifts, guide them with our institutional focus on research with a purpose, and then watch them embark on life with meaning.”

Breaking news, weather and sports on your smartphone with the WFXR News app

“I am very pleased to welcome Dr. Frank Shushok, Jr. as the next president of Roanoke College. Dr. Shushok demonstrates a passion for the liberal arts, a total commitment to student success and experience, and a sincere desire to create an inclusive and diverse community in which all members can connect. imagine as part,” Elizabeth G. McClenney, director of the library and member of the Presidential Research Committee, said.

“I think students will be able to immediately connect with President-Elect Shushok and feel his excitement about being part of our Roanoke community,” said Emily Norton ’22, former SGA president at the college and representative students on the presidential search committee. . “I, for one, look forward to working with him and continuing to get to know him as he takes the presidency. He’s the kind of person you’d want to hang out with at Mac and Bob’s, and someone one who has a lot of knowledge to share.

Shushok and his wife, Kelly — who served more than 20 years in ministry, most recently as a pastor in a progressive United Methodist community known as “edges” in Blacksburg — are high school sweethearts who have been married for 30 years. .

Together they have three children: Brayden, 22, a Morgan Stanley employee and 2021 graduate of Virginia Tech; Christian, 20, a sophomore at Sewanee; and Ivy Anne, 17, a student at Blacksburg High School. The Shushok family will also be coming to Roanoke College with an adorable and excited pup named Maple.

“I feel deeply connected to Southwest Virginia and the New River and Roanoke Valleys,” Shushok said. “A strong, diverse and thriving higher education ecosystem is essential to the development of our region. While Virginia Tech and Roanoke College each represent a distinct expression of our higher education ideals, they share a commitment to launching graduates into the world ready to tackle big problems, ask big questions, and strengthen our collective well-being.

Meanwhile, Virginia Tech says an interim vice president for student affairs will be announced in the near future, along with plans to recruit Shushok’s successor.

Many student affairs officials are considering leaving the field